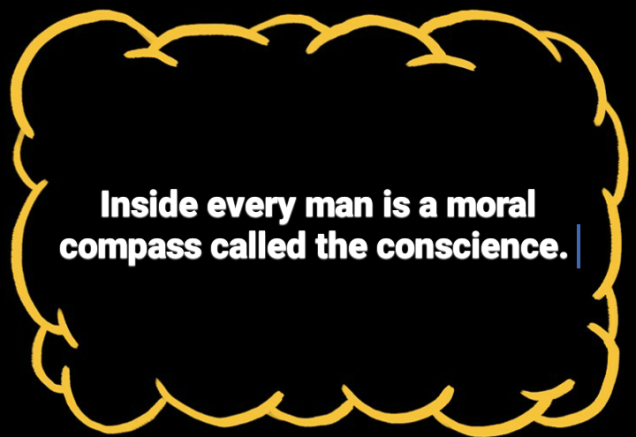 Recently, I commented on a post appearing on the blog The Closet Atheist. Following that comment, I found myself also responding to other comments clearly directed at me by some readers of that blog whom I perceived to be atheists.

Amongst other issues raised, the author while relating his experience in a so-called secular university in defence of the purported claims of an unnamed professor from an unidentified Christian college, ostensibly suggested that Christians think that atheists must be savages – brutal and vicious, lacking in morality – because they have rejected the notion of God…

My initial response to that post and part of the conversations that later ensued between other readers and I form the bulk of the texts presented in this post:

The point of being a Christian is not on the basis of simple morality… It is about having a relationship with God through His Son Jesus Christ. One is not a Christian if that understanding is not there, including the so-called Christians cited in your statistics.

Even if someone rejects the notion that God exists, that doesn’t automatically make such one a ruthless savage, contrary to the picture painted in the post. That much is clear to me and to most other true believers in God.

Besides, there are already enough laws in the civilised world to hold people accountable for their behaviours.

What should bother one is the eternal consequence of a disposition that rejects God. And it would be laughable to suggest that the Creator will have no way of holding His creatures accountable. 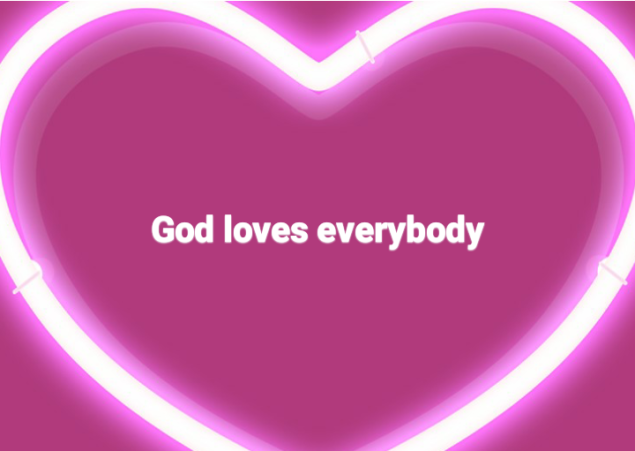 For the records, God loves everyone -whether they believe in Him or not. And contrary to the picture you painted, He loves gay people too – although the gay lifestyle is what He doesn’t approve of – according to Biblical guidelines which clearly show that heterogeneous relationship is God’s perfect plan for mankind.

God gave us a special gift called freewill. Unfortunately some of us are using it against Him. But we can never outsmart Him. In any case, we make our choices and our choices make us.

One of the readers took the reference to God’s love out of context by bringing in the issue of hellfire, saying:

“So, he (God) loves us so much he invented Hell to reinforce that fact? Sheol wasn’t good enough, so he had to up the ante? Misunderstanding is not the sole province of unbelievers. Believers seem to believe what they want to believe and disregard the rest.”

Well, I was obliged to respond to that as well:

God loves us so much He has made a way for us to have an eternal relationship with Him through His Son Jesus Christ. Hell wasn’t originally meant for human beings. It was meant for the devil and his demons. Unfortunately, anyone who rejects God has sided with the devil. As a result, such people will end up where the devil himself will end up.

Believers in God don’t believe what they want to believe as you suggested. What they believe about God is what God’s book, the Bible, says about Him. It is another thing if one doesn’t accept the authority of the Bible.

The reference to freewill in my initial comment appeared to have been misunderstood by some of the readers of that blog who commented.

One of them questioned, “…People rape, murder, abuse, rob and torture because YHWH has given them free will? So, his sovereignty allows their heinous crimes to happen?…”

We would be mere robots if God took away our freewill. That’s why it is important He left it with us. He gave us the CHOICE…”

Along the same line, another reader scoffed the idea that we have freewill saying, “Some guy is raping a woman and he says, “But officer, free will!”. Would that fly in court? lol.”

To that I responded:

That was never implied in my comment. But I did say that everyone would be held accountable for whatever he or she did with their freewill.

Of course, freewill as an excuse to commit rape (or any other  crime at that) will not fly in court. The rapist will be judged according to the law.

In the same way, God will eventually judge everyone who rejects Him based on their freewill.

The moral compass inside every man

Speaking further, another reader opined, “The moral argument for God’s existence just shows an ignorance of the field of ethics in general. There are many accounts of morality without God, but apologists won’t even address them. Most of the time they pretend that they don’t exist.”

To that claim, I simply pointed out that:

God is the original Source of morality. Inside every man is a moral compass called the conscience. And whether we agree or not, it was God who put it there.

Feel free to lend your voice to the discourse.