You know you have potentials
But You are not doing enough to develop them.
What is the use of a vibrant energy,
That remains largely buried and untapped?

You know the future is bright
But you keep living in the past!
How can you ever enjoy the future,
If you don’t ever leave the past behind?

You know your life could be better
But you hesitate to do what it takes to improve on it.
Why are you waiting and delaying?
The room for improvement is never filled up!

You know you are not so perfect!
But you fail to work on your obvious weaknesses!
Can a dirty china become clean,
If it has not been washed at all?

You know you don’t like to be criticized
But you never cease from criticizing others.
What makes you think you would be likable,
When your words ache like pain? 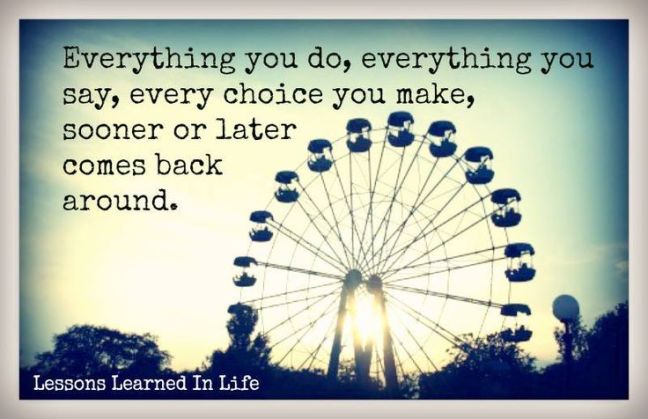 You know you like being appreciated
But you think others don’t deserve the same.
Don’t you think if you want appreciation to come round,
You ought to start giving it first to others?

You know you ought to make more progress in life
But you fear to take the necessary steps forward.
How can you get to where you want to be
If you don’t dare to leave where you are?

You know you crave for love and forgiveness
But you yourself are never generous with such.
How can you be so very surprised, that
You don’t get often loved and forgiven by others as you want?

You know you want respect and admiration from others
But you are less concerned about your self-respect
Why then are you so bothered that you don’t get so respected,
As much as you think you deserve?

You know how good it feels to be warmly welcomed
But you don’t always spread your hands to welcome others
Yet you wonder why people don’t always warm up to you
Like the insect to the nectar in a scenting flower.

You know you are not without blemish
But you are always quick to cast the stone on others
Why don’t you treat other people with grace,
As you want to be treated?

You know Rome was not built in a day
But you cry and worry over every little slip.
With your heart filled with so much worry,
How can you enjoy a deep sleep at night?

How can you get to where you want to be
If you don’t dare to leave where you are?

You know you shouldn’t go to bed with the roof on fire.
But you pretend it’s just a little flick of flame.
Why then do you wonder and cry aloud,
When all you have is burnt to ashes?

You know every seed produces after its own kind.
But somehow you sow corn and expect a harvest of yam.
Who would be ever so disappointed,
As much as someone like that would be?

You know you should say ‘I am sorry’ sometimes
But your pride keeps you from saying so.
Doesn’t it matter to you that your friends and family are hurt,
When you fail to say “I am sorry, please forgive me”?

You know it’s good for you to give generously.
But you hoard the things you ought to share with others.
Have you forgotten the Master’s golden rule?
“Give and it shall be given unto you.”

P.S. Adapted from WE KNOW, the very first post published on this blog. It has been one year since this blog was started.