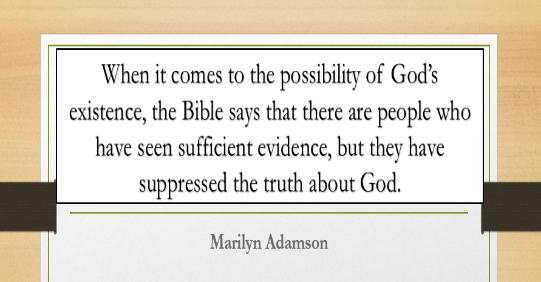 We are now in the third post in the special series highlighting an online discussion I had with an atheist. In the last post, we saw the said atheist claim that he was a ‘devoted Christian’ for several years before he switched to atheism.

In response to that, I sought to know if he ever had a personal relationship with Jesus Christ. His answer to that question together with my own comment forms the basis of this post.

It wouldn’t matter if I told you that I had a “personal relationship with Christ” because you would just come back with I wasn’t doing something right and missed it.

The long and short of it is, there is no god. There is no Jesus. Modern religion is just the Zeus stories evolved into some place where we cannot go to prove whether the gods are there or not.

I don’t believe in anything of this sort because it cannot be proven. To quote Hitchens, what can be asserted without proof can be dismissed without proof.”

It’s all rubbish. I chose to reject the god worldview and live simply as my own man with the world around me as it is.

Good sermon though. You got it down. It’s a shame that it misleads so many people away from a life of curiosity and learning to one that is simply satisfied with not knowing and looking forward to a world for which there’s no proof or evidence for.

I read your comments again TAB. I am glad that you also took some time to read mine.

I am convinced you got the message already. So there wouldn’t be much use repeating myself. But allow me to say that Zeus compares in no way with our Lord Jesus Christ, who died and resurrected. Did you ever hear that any god claimed to have died and resurrected?

Dear TAB, God is real and so is Jesus Christ His son. The proof is in me and in anyone that believes. If you seek Him with an open mind and with faith, you will find Him.

Allow me to end this comment with a quote from Marilyn Adamson, who once didn’t believe in God:

When it comes to the possibility of God’s existence, the Bible says that there are people who have seen sufficient evidence, but they have suppressed the truth about God.1 On the other hand, for those who want to know God if he is there, he says, “You will seek me and find me; when you seek me with all your heart, I will be found by you.

Still ahead: When You Encounter An Atheist For The First Time  Part 4